Working for a stable world and a safer Europe

The world around us is changing at fast pace. We face an increasingly complex and deteriorating security environment, with growing tensions and conflicts unravelling around the world, even at the doorstep of Europe. An increasingly uncertain environment demands a stronger EU that fully assumes its responsibilities for crisis management and acts as a global security provider.

Under the Common Security and Defence Policy (CSDP), the EU takes a leading role in peacekeeping operations, conflict prevention and the strengthening of international security. It is an integral part of the EU's comprehensive approach towards crisis management, drawing on civilian and military assets.

The EU’s military and civilian CSDP missions and operations are the EU’s most visible presence abroad. Almost 5,000 women and men help to promote peace and security where needed, providing stability and building resilience in fragile environments. They are the faces of the EU’s security and defence policy.

In a globalised and fast changing world, the European Union’s security begins abroad. By helping to build stable and peaceful societies, the EU’s missions and operations are working each day for a better world and a safer Europe. 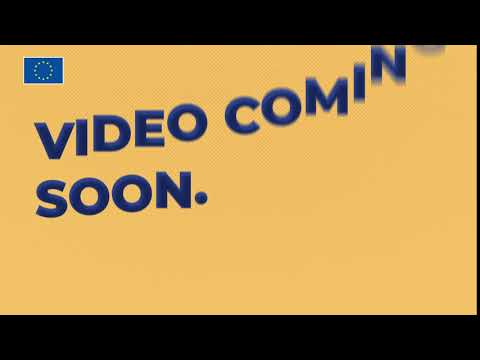 The European Union Advisory Mission in Iraq (EUAM Iraq) was launched in October 2017 in response to a request by the Iraqi government. The request from the Iraqi government came out after the defeat of Da’esh in 2015 (the Islamic State) and the need to achieve lasting peace, stability and security in Iraq, Syria and the wider region. The EU reaffirmed its commitment to supporting Iraq and mobilised political, security and development resources to the region.

In 2013-2014, the events of the Euromaidan ‘Revolution of Dignity’ aroused legitimate distrust of the Ukrainian people in their civilian security sector bodies, with a series of violent events involving protesters, riot police, and unknown shooters in the capital, Kyiv. That is why the Ukrainian government reached out to the EU for support to reform the law enforcement agencies and re-establish trust with the people. In December 2014, EUAM Ukraine was created and international advisors were brought to the country from Europe to advise on security, police, judiciary, prosecution, anti-corruption and human rights.

The European Union Integrated Border Management Assistance Mission in Libya (EUBAM Libya) was established in 2013 to support the capacity of Libyan authorities to enhance the security of their land, sea and air borders in the short term and to develop a broader Integrated Border Management (IBM) strategy in the long term. EUBAM is complementary to the UN-Mission (UNSMIL), established in 2011 at the request of the Libyan authorities to support the country's new transitional authorities in their post-conflict efforts.

Since 2007, EUBAM Rafah has continued its cooperation with the Palestinian General Administration for Borders and Crossings, delivering and coordinating strategic advice, training and equipment. The Mission maintains a readiness to redeploy to the Rafah Crossing Point once the political and security situation allows.

Restoring security and lasting peace in Mali is of crucial importance to Africa and Europe. EUCAP Sahel Mali is an important element of the regional approach taken in the European Union strategy for security and development in the Sahel and for the European Common and Security and Defence Policy (CSDP).

In 2012, the European Union established the civilian capacity-building Mission EUCAP Sahel Niger with the overall aim to strengthen Niger’s internal security sector and its capacity to counter the various security threats. Since then, EUCAP Sahel Niger has supported the Nigerien Internal Security Forces, national authorities as well as non-state actors with a variety of different programmes and activities.

The European Union launched EU NAVFOR Operation ATALANTA, a naval operation in the Horn of Africa and the Red Sea in 2008, to protect humanitarian aid vessels and other vulnerable shipping, and the European Union Military Training Mission in Somalia (EUTM Somalia) was launched in 2010 to support the Somali army.

On 2 December 2004, 9 years after the war ended, the European Union (EU) launched the military Operation ALTHEA in BiH. This followed the decision by NATO to hand over its own peacekeeping mission that had maintained security in the region since the war ended. The EU deployed a robust military force (EUFOR) to ensure continued compliance with the Dayton/Paris Agreement and to contribute to a Safe And Secure Environment (SASE) in BiH.

As part of a wider engagement of the EU in relation to Kosovo, the European Union Rule of Law Mission in Kosovo (EULEX) was launched in 2008, following Kosovo’s declaration of independence and the transfer of responsibilities in the areas of policing, justice and customs from the United Nations Interim Administration Mission in Kosovo to EULEX.

EUPOL COPPS assists the Palestinian Authority in building its institutions focused on security and justice sector reforms. This is carried out under Palestinian ownership and in accordance with European and international standards. Ultimately, the Mission’s objective is to improve the safety and security of the Palestinian people.

EUTM Mali was launched on 18 February 2013. EUTM Mali is mandated to assist the Malian Armed Forces in restoring their military capacity through of the provision of advice, education and training. It supports the Malian authorities to reach self-sustainable Malian Armed Forces capable of conducting military operations to restore Malian territorial integrity and reduce the threat posed by terrorist groups. In addition, EUTM Mali delivers military assistance to the G5 Sahel countries (Mauritania, Mali, Burkina Faso, Niger, Chad), and to their Joint Force. EUTM Mali is not be involved in combat operations.

On 20 January 2014, the EU Foreign Affairs Ministers Council approved a Task Force led by the European Union in the Central African Republic. The European Union Force in the Central African Republic (EUFOR - RCA) was established on the legal basis of United Nations Security Council Resolution 2 134 (2014). EUFOR RCA contributed to the achievement of a safe and secure environment in the Bangui area, as part of the international efforts to protect the populations most at risk, and to create the conditions for providing humanitarian aid.

Around 5,000 EU military and civilian staff are currently deployed in CSDP missions and operations in three continents, working for a more stable world and contributing to a safer Europe. The most recent missions and operations are supporting security in the Central African Republic and enforcing the United Nations arms embargo on Libya in the Mediterranean Sea.