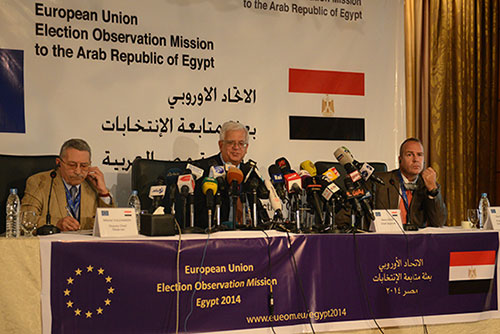 At the invitation by the Presidential Election Committee of the Arab Republic of Egypt to observe the Presidential Election, the European Union deployed an Election Observation Mission. The EU EOM was led by Chief Observer Mario David, Member of the European Parliament from Portugal. A Core Team of ten election analysts arrived in Cairo on 18 April. The Core Team analysed political, electoral and legal aspects related to the electoral process. A group of 30 long-term observers arrived in Egypt on 25 April.