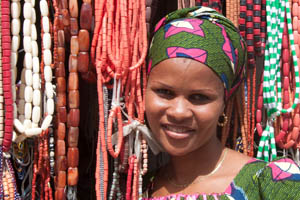 Woman with beaded necklaces in background

At the invitation of the Government of Nigeria, the European Union established a mission to observe the legislative elections there on 20 February 1999.

The European Union observed the legislative elections held on 20 February 1999. The elections firmly anchored a new era of civilian rule and were widely considered a step forward for the country.