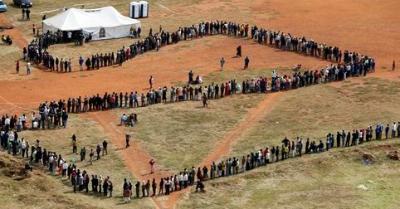 People queuing before an election tent

At the invitation of the Government of South Africa, the European Union established a mission to observe the general elections in South Africa in April 1994.

The European Union observed the first free general elections in post-apartheid South Africa in April 1994, the first to be held with universal adult suffrage. Millions queued in lines over a three-day voting period and 19 726 579 votes were counted from a potential 20 million voters.