An official inauguration ceremony was held today (26/1) in Jakarta to conclude the formal establishment of the European Union (EU) Mission to ASEAN. The ceremony was marked by the unveiling of a plaque by H.E. Mr Patrick Child, Director General for Budget and Administration of the European External Action Service (EEAS) and H.E. Mr Le Luong Minh, the Secretary-General of ASEAN.

"Representing the 7th largest economy in the world, the third largest trade partner to the EU, and attracting more direct investment from the EU than from any other partner in the world, the EU, its Institutions, and Member States, rightly regard our relations with ASEAN as of vital importance in our overall relations with Asia. It is therefore no surprise that the EU has, in the last months, upgraded its political agenda towards ASEAN," said EEAS Director General Patrick Child.

"We look forward to elevate the EU-ASEAN partnership to the strategic level, as we truly believe that our respective regions have a lot to benefit from each other experiences and agendas, as we are, after all, 'partners in connectivity', as you say in ASEAN," added Mr Child.

Present at the event were H.E. Mr Derry Aman, the Director for ASEAN Dialogue-Partners and Inter-Regional Cooperation of the Ministry of Foreign Affairs of the Republic of Indonesia, H.E. Mr Francisco Fontan Pardo, the EU Ambassador to ASEAN and H.E. Mr Vincent Guérend, the EU Ambassador to Indonesia and Brunei Darussalam.

The EU Mission to ASEAN was opened on 8 August 2015 in Jakarta, reflecting the EU's growing engagement with ASEAN and underlining EU's ambition to upgrade the partnership to a strategic one. H.E. Mr Francisco Fontan Pardo is the first dedicated EU Ambassador to ASEAN, taking up his duties in September 2015.


Photos of the inauguration ceremony 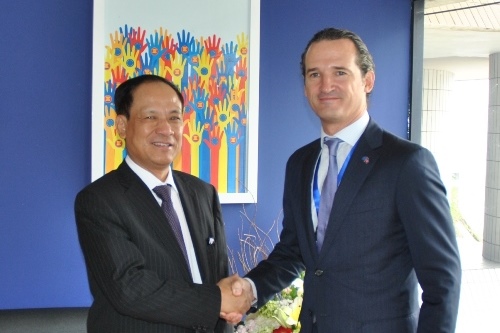 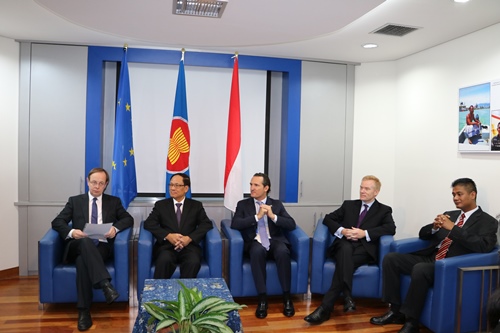 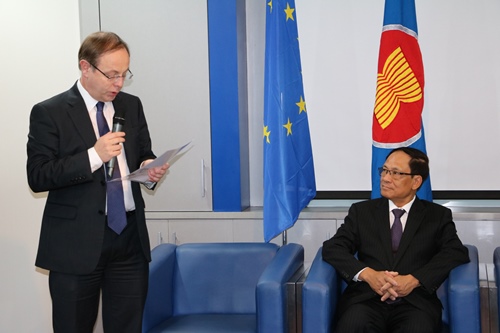 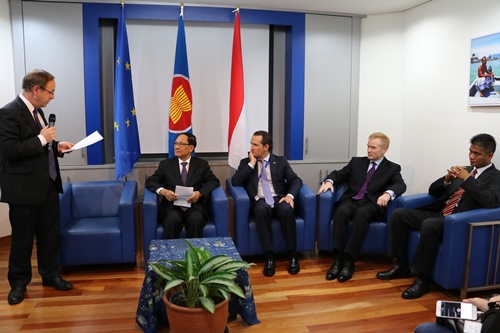 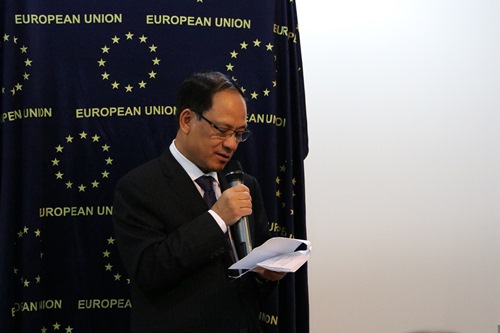 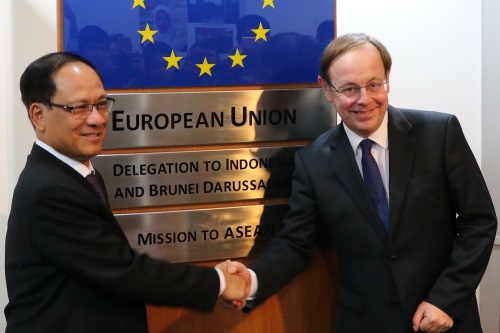 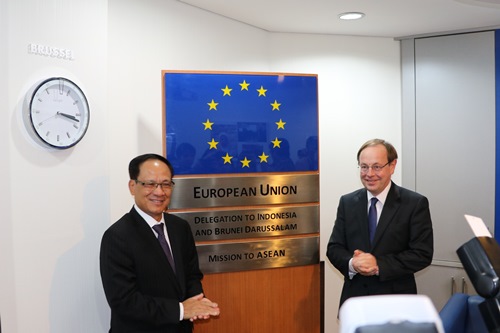 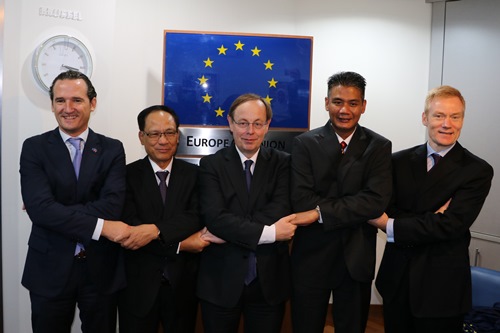 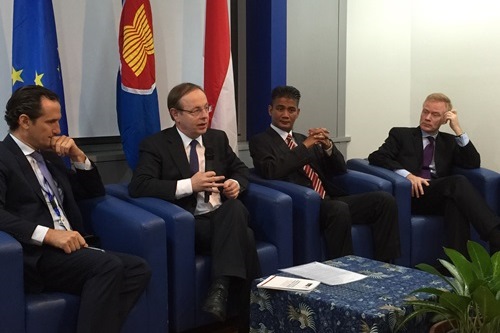