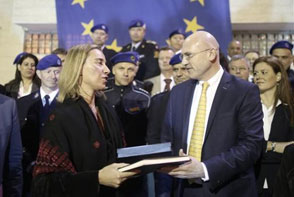 On 14 November 2005, the Council established an EU Police Mission in the Palestinian Territories (EUPOL COPPS) under the EU Common Security and Defence Policy (CSDP). On 9 July 2014, the Council of the EU decided to extend the mission's mandate until 30 June 2015.