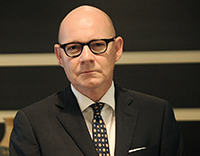 The European Union Rule of Law Mission in Kosovo (EULEX) is the largest civilian mission ever launched under the CSDP. The central aim is to assist and support the Kosovo authorities in the rule of law area, with a specific focus on the judiciary.

EULEX forms part of a broader effort undertaken by the EU to promote peace and stability in the Western Balkans and to support the Kosovo authorities as they undertake necessary reforms, in line with their and the overall European perspective of the whole Western Balkans region.