The Sahel has a prominent place in European Union policy. Europe has numerous interests in the region, ranging from combating security threats, terrorism, organised crime and illegal migration to assuring energy security.

The ongoing instability in the Sahel, and the transnational nature of the security threats have confirmed the relevance of the regional approach taken in the European Union's Strategy for Security and Development in the Sahel from March 2011.

EUCAP Sahel Niger, the CSDP civilian mission launched at the request of Niger's government in the summer of 2012, is an important element of the European Union's Sahel strategy together with other development and stability instruments of the EU. 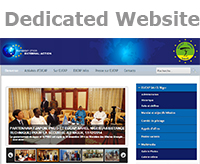