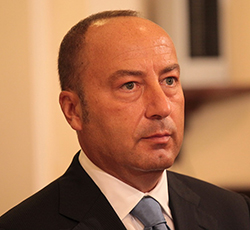 On 22 May 2013, the Council of the European Union gave the green light for EUBAM Libya, a civilian Mission under the Common Security and Defence Policy (CSDP), to support the Libyan authorities in improving and developing the security of the country’s borders. On 4 August 2016, the Council extended the mandate of the planning mission EUBAM Libya until 21 August 2017.

This civilian Mission responds to an invitation by Libya and is part of the EU's comprehensive approach to support the transition to a democratic, stable and prosperous Libya. EUBAM Libya's initial mandate was for two years; it has been extended two times to run until 21 August 2017. The mission is currently located in Tunis and will deploy to Libya as soon as the security mission allows.

[41 KB] has been appointed Head of Mission, he will take up his duties on 1 September 2016. He takes over from Antti Juhani Hartikainen